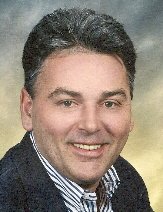 He leaves his wife of 24 years, Patricia (Collagan) Mahoney; his stepdaughter, Tara Sellar of Westborough; his father, Frank Mahoney Sr. of Weston; two brothers, Michael Mahoney of Needham and Ralph Mahoney of Marstons Mills; four sisters, Catherine Gearin of Arlington and Maureen Doucette, Cornelia Culici and Helen Alexy, all of Newton; and 21 nieces and nephews. He was predeceased by his mother, Catherine (Sennott) Mahoney, in 2009 and a brother, Kevin Mahoney, who also died in 2009.

Born in Cambridge and raised in Newton, he had lived in Northborough since 1987. He was a graduate of Newton North High School and attended Wentworth Institute in Boston.

Mr. Mahoney was a co-owner of Mahoney Electric in Newton for many years. He was also an antique dealer and a fabulous gourmet cook.

He enjoyed golfing and was an avid Red Sox and Patriots fan. He was a member of St. Bernadette Parish, a member of Tower Hill Botanical Garden and volunteered for the Northborough Food Pantry.