Westborough – Ed Sherr admitted that he does not fit the typical profile of a first-time runner in the Boston Marathon. For one thing, the Westborough resident is nearly 45-yearsold. He's run in 5Ks before, but never a marathon. But for Sherr, just thinking of two of his closest friends, both of whom have been personally affected by cancer, will give him all the inspiration he needs to run the 26.2 miles from Hopkinton to Boston Monday, April 18.

“Marc Levine was one of my closest friends growing up,” Sherr said. “We did everything together, including attending Worcester Academy.” 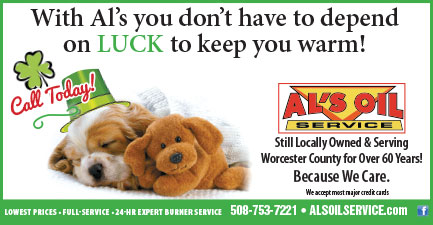 The two men remained close even though they went to separate colleges. While attending Babson College, Sherr became fast friends with another student, Howard Brown, in part because he reminded Sherr so much of Levine. The three men would often get together.

Levine was diagnosed with leukemia and passed away in 1987, as his 21st birthday approached.

Two years later, Sherr said, it was like “dÃ©jÃ vu” when he received a phone call informing him that Brown had just been diagnosed with Non- Hodgkin lymphoma. Brown's story had a much happier ending – he recovered completely after receiving a bone marrow transplant from his twin sister.

“I have always wanted to do something to honor Marc's memory – next year will be 25 years [since his passing],” Sherr said. “And this is the 20th anniversary of Howie's successful recovery.”

Sherr decided to apply to the Leukemia & Lymphoma Society (LLS) for a spot on their Marathon team as one of the so-called 135 non-qualified runners, who participate for charitable purposes.

“I was really impressed with the LLS team,” he said. “They are so professional and do such great work.”

“Each year we get many more applicants than we have numbers for,” LLS Executive Director Sharon Klein said. “Ed's [application] was the first one we chose this year. Not only is his story compelling, but he's also so willing to network for us and spread the word about our programs.

“We have so many programs and ways to help those who have blood cancers,” she added. “It's important that our fund-raisers help us educate others about all the work we do.”

Sherr has committed to raising $25,000 for LLS – as of early February, he was more than halfway there.

Thanks to the nasty winter weather, his training has been “brutal” at times, he said. Each week he trains in Wellesley with a group of other runners and then on his own five other days.

“My family [wife Resa, and daughters Rachel, 10, and Rebecca, 7] has been incredibly supportive, “I so appreciate that because I know I am taking time away from them, especially my kids, but they understand why I am doing this and are proud of me.”

“Their kind, encouraging words have helped keep me going through some of hardest days of training,” he said.

“And Howie was speechless when I told him,” he added. “He was so moved.”

Another former classmate from Worcester Academy, Ryan Maloney, the owner of Julio's Liquors in Westborough, has also lent his support to Sherr's fund-raising efforts.

“I thought this was a great idea Ed had to honor Marc's memory, so I wanted to support him,” Maloney said.

For every bottle of Blackstone Wine sold between Jan.1 and March 1 at Julio's , the store and Blackstone Winery will each donate $1 to Sherr's fundraising efforts.

As part of the promotion, Sherr will be alongside Blackstone representatives at Julio's Presidents” Day Wine Tasting from 2 to 5 p.m. Sunday, Feb 20. To learn more about Sherr's fund-raising efforts, visit www.pages.teamintraining.org/ma/ boston11/esherr/. 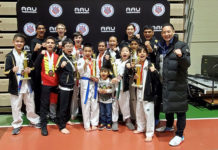 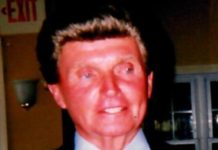