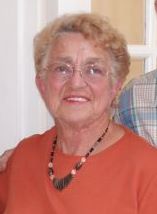 Born and raised in Northborough, the daughter of Carl and Bertha (Beauregard) Johnson, she was a lifelong resident. She graduated from Northborough High School in 1944 and from Quinsigamond Community College in 1980.

Mrs. Tetreault was employed at Digital Equipment Corp. and retired in 1992. She later worked part-time at several local businesses.

Inspiring all who knew her, she was an energetic, knowledgeable and dedicated volunteer, with a wealth of knowledge concerning Northborough history and gardening. Gardening was her first love, but she also enjoyed quilting, sewing, basket weaving, ceramics, arts and crafts and spinning.

Mrs. Tetreault was an active member of the following groups until her death: Massachusetts Horticultural Society; Tower Hill Botanical Garden; Northborough Garden Club, where she was vice president for three years; town beautification committee, developing and maintaining several town garden plots, including the Watson Butterfly Park which she founded in 2000; National and New England Hosta Society, School House Quilting Guild; Northborough Alumni Association; Audubon Society; and Northborough Historical Society (Board of Directors). In addition, she was a former member Northborough Citizens for Community Preservation, a founding member of Northborough Recycle Committee and the Northborough Trails Committee, a volunteer reader for Northborough grade schools, and a member of Trinity Church, Friends Northborough Dog Park and the Shrewsbury YMCA Aerobic Swim Group.

In 1938, she was the winner of the Worcester Telegram & Gazette Spelling Bee. She was honored as Grand Marshal for the Northborough Applefest Parade in 2006. Tower Hill featured her garden in their annual garden tour, with her collection of more than 300 hostas, in 2009. She was active with her extended family, enjoyed her son's alpaca farm and was an avid Scrabble player. She was known throughout town and took her beloved dogs, Hector and Louie, everywhere.