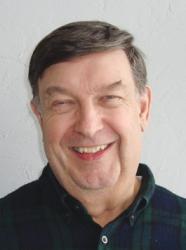 Shrewsbury – Both of Chet Jakubiak's grandfathers were involved with labor unions. They fought for worker rights because they believed it helped people. Their activism molded Jakubiak's thinking. He was also influenced by his participation in youth activities at St. Mary's Church in Shrewsbury, internalizing tenants such as, “feed the hungry, shelter the homeless, clothe the naked.” Jakubiak became a social worker and has spent nearly half a century assisting individuals by advocating for social justice. He was honored March 29 by the National Association of Social Workers (NASW) Massachusetts Chapter with the Beverly Ross Fliegel Award for Social Policy and Change.

As a teenager during the Civil Rights movement, Jakubiak was influenced by leaders such as Rev. Dr. Martin Luther King Jr., and he became interested in race relations while at Shrewsbury High School. He said he was one of the millions of people who was profoundly touched by John F. Kennedy's speech that included “Ask not what your countr y can do for you…”

After college, Jakubiak worked at the Department of Public Welfare. He climbed the ranks, getting into administrative jobs that led him to social policy activism. He decided to pursue a master's degree in social work in the early 1970s.

Because his father was overseas at war during his early childhood, Jakubiak said he developed a close bond with his maternal grandmother. Probably as a result, he graduated with an internship with the Massachusetts Association of Older Americans (MAOA).

According to Jakubiak, before Medicare, Medicaid and Social Security were established, retirement was equated with instant poverty. AAOA was created to promote social and economic security for elders, and Jakubiak became a part of those efforts.

After graduate school, Jakubiak was recruited to work in a cabinet position with the Massachusetts Executive Office of Elder Affairs under Gov. Michael Dukakis's administration. He worked on legislation to create a protective service mandate and was recruited to implement that policy. Later, he became the deputy assistant secretary for the department that supervised all Council on Aging public sector programs. He helped to introduce the SHINE program (Serving the Health Information Needs of Elders), and initiated other services such as home care, respite services, adult day health, social day programs and nursing services. He left the post to work on a dissertation but returned to MAOA work 18 years ago and became the agency's executive director.

Even though he has received other accolades, Jakubiak was especially honored to receive the NASW award that recognizes his work across a broad spectrum of social workers. It's especially meaningful since he has known and been inspired by previous recipients.

“To be on the same list as them is really something special,” he said.

Jakubiak credits his wife, Carolyn, who is also a social worker, for his success in the field.

“None of this would have been possible if it wasn's for her, without her advice, her guidance… she's such a huge support to me,” he said.

Jakubiak thoroughly enjoys his career. “I love everything about it…it's an incredible high when you have a victory in the Legislature for something you filed or if you stop something harmful from getting through.”

He has also enjoyed the opportunity to teach at Boston University and Assumption College, and has enjoyed working with students at the same agency where he interned.

“Retiring isn's even on my radar. I want to continue as long as I can function.”