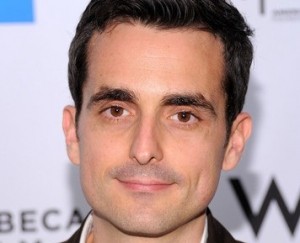 Shrewsbury – Michael Collins, the son of Jack and Grace Collins of Shrewsbury, recently won two top awards at the Tribeca Film Festival in New York City. He received the audience award and the best new documentary director special jury prize for his film, “Give Up Tomorrow.”

The film exposes the corruption and injustice rampant in the Philippines through the story of Paco Larrañaga, a young man wrongly accused of rape and murder, and sentenced to death. He's still being held in jail for a crime he never committed. As director, Michael and his partner, producer Marty Syjuco, who grew up in the Philippines, have spent the last seven years making the film. They have traveled extensively in the Philippines, Spain and the United Kingdom, conducted dozens of interviews, combed through thousands of pages of documents, and smuggled cameras and film into Larrañaga's prison to shoot some of the footage.

“So many times we didn's think we could get this done,” Michael said in a recent phone interview. “Winning this award is a dream come true.”

The filmmaking bug bit Michael when he was a student in the Shrewsbury Public schools. He bought his first video camera and took free courses offered by Shrewsbury Public Access Connection. He started making videos and traveled with his father to the Ukraine on a Rotary Club International Project to launch a new chapter. Michael made a video for the inaugural celebration with music by Don Spangler and Chris Filippone, launching his first public film. While in the Ukraine, the video was shown on television, and he was interviewed for the news.

“This is when I got the idea of traveling and walking in someone else's shoes and giving people a way to get into to a world that they otherwise wouldn's be able to access,” Michael said.

Michael graduated from Holy Name High School in Worcester, and then majored in fine arts and computer graphics with a minor in animation at Syracuse University. During his sophomore year, he traveled to Patagonia, Chile, for a month-long school project, producing another video that earned him an A.

“I loved being immersed in another culture and in nature and putting it together on film,” he said.

After graduation, Michael took a series of corporate jobs in New York City in marketing, producing videos with animation and doing PowerPoint presentations. Not wanting to spend money on clothes, he had his father's old suits tailored to fit him and create the necessary, if outdated, corporate image.

“It was wearing on my soul,” Michael said, “so I booked a ticket to Iceland.”

He worked freelance for a while, then took another corporate job producing sales training materials for health professionals, all the while honing his skills as director of the video department, then as art director.

In 2003, he and Syjuco founded Thoughtful Robot, a production company dedicated to telling social justice stories, and in 2004, the Larrañaga project came up. They produced an advocacy piece about the case in 2005.

“You have to understand that this was the trial of the century, comparable to the O.J. [Simpson] case,” Michael said, “and for a while, governed the foreign media.”

The first film was sold to a Spanish network and shown in prime time, and the resulting pressure got Paco off death row by forcing President Arroyo of the Philippines to abolish the death penalty.

“Give Up Tomorrow” will now be shown on the festival circuit, then have a small theater run. Michael hopes to win enough grants to have the film make it to various television outlets. His current mission is to free Larrañaga, and he and Syjuco have launched a worldwide campaign – “Justice for Paco, justice for all!”

They hope to use this campaign to help bring Larrañaga and others justice. Contributions can be made through the website indiegogo.com/gut (give up tomorrow).

Michael has advice for everyone based on his experiences.

“If you have a passion for something, don's compromise,” he said. “What I learned is the need to have a clear vision and commitment.”