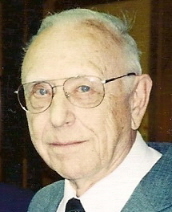 He leaves his wife of 68 years, Vernie C. (Jones) Phelps; his two sons, Allyn M. Phelps Jr. of Northborough and Arthur G. Phelps of Northborough; five grandchildren; one great-granddaughter; and many nieces and nephews. He was predeceased by a sister, Mary E. Thomas.

Born and raised in Northborough, son of the late Allyn and Alice (Maynard) Phelps, he graduated from Northborough High School in 1934 and served in the U.S. Army Air Corps during World War II.

In the spirit of his age, he was a devoted motorist and enjoyed traveling to the National Parks and the State of Colorado

Calling hours will be Friday July 1, from 4 to 7 p.m., in Hays Funeral Home, 56 Main St. Burial will be private. In lieu of flowers, memorial donations may be made to the Northborough Historical Society, 50 Main St., Northborough, MA 01532. For online condolences, please visit www.haysfuneralhome.com.