Born and raised in Marlborough, son of the late John J. Irvine Sr. and Fabiola M. (Scott) Irvine, he was a graduate of the Immaculate Conception Grammar School and later was a 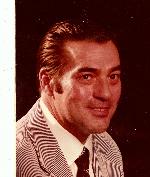 graduate of Saint Viator's Catholic High School for boys. He received his Bachelor's Degree from Northeastern University in Boston.

Besides his wife, he is survived by his two children, John Robert Irvine and his wife Kristina of Quaker Town, Penn. and Tracy A. Wesinger and her husband John of Hudson. He is also survived by his sister, Lucille Lambert of Grafton; six grandchildren, Allyssa, Daniel, Nicole and Thomas Irvine, Sarah and Seth Wesinger; and his many nieces and nephews. He was the brother of the late Lorraine Morgan.

Calling hours will be held Monday, Aug. 29, from 9 to 10:45 a.m., at the Tighe-Hamilton Funeral Home, Inc., 50 Central St., Hudson, followed by a funeral Mass at 11 a.m. in Saint Michael's Church, 21 Manning St., Hudson. Burial will follow in Forestvale Cemetery, Hudson.