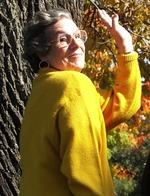 Westborough – Nancy Ellen Horn Dallaire, 70, passed away at her home in Westborough Thursday, Aug. 25, 2011, in the loving arms of her family, after a long and courageous battle with cancer. She was the daughter of Helen Dodge Horn and the late Thomas C Horn.

Born July 1, 1941 in Williston, North Dakota, she grew up in wilderness areas on several U.S. Fish & Wildlife Service refuges where her father served as Refuge Manager. She was a 1959 graduate of Ulysses S. Grant High School in Portland, Oregon, and attended Oregon State University and Boston University. She moved to Massachusetts in 1960 when her father was transferred to the USF&WS Region Three office in Boston to finalize creation of Cape Cod National Seashore and establish several other wildlife refuges on the eastern seaboard.

Mrs. Dallaire retired from MIT in 1995 as the Administrator of the Geology Department and quickly filled her days with travel, adventure, family and community service. She was a devoted member of Chapter K, P.E.O. and a proud member of her Walker Meadow Community, amongst many affiliations.

She will be remembered most for her profound musical talent and ability to bring joy to others. Never did she exploit her god given talent in the pursuit of fame or fortune. Instead, she shared her gift freely, and willingly, wherever she went, with an infectious enthusiasm that made our world a better place. She considered herself the richest woman on earth.

A memorial service to celebrate Mrs. Dallaire's life will be held Saturday, Sept. 10, at 11 a.m., at the Evangelical Congregational Church on West Main Street in Westborough.

In Lieu of flowers, Mrs. Dallaire requested that donations be made in her memory to her cancer treatment center with gratitude to Dr Susan E. Donohue, Hematology / Oncology, & Richard Pieters, Radiation Oncology, their staff, and the UMass Memorial 5 South & Hospice Staff. Donations can be mailed to UMMF, UMass Medicine Development Office, 333 South St., Shrewsbury, MA .01545 or online at http://w3.umassmed.edu/online.