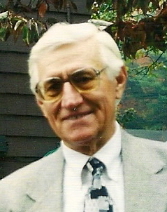 He leaves his loving wife, Shirley A. (Mangan) Hart; his daughter, Robin A. and husband Gregory Sloan of Stow; and his sons, Robert T. Hart and wife Shirley of Boxford, Stephen J. Hart and wife Margaret of Southborough, and Kevin F. Hart and wife Claire of Grafton. He also leaves his grandchildren, Alison, Jessica and Elizabeth Hart; Brian, Catherine and Gregory Hart; Kevin Poore; and Gabrielle and Nicole Sloan. He was pre-deceased by his daughters, Deborah Hart and Maureen Hart-McAlary, and his sister, Theresa Schartner of Lancaster. He leaves his sisters, Rita Ford, Juliette Constantino and Lucille Shepard, and his brothers, Roger P. and George E Hart, all of Lancaster.

Mr. Hart graduated from Lancaster High School in 1949 and attended Holy Cross College and Worcester Junior College. He became licensed as a Massachusetts Registered Land Surveyor in 1953 and remained licensed continuously until his death. He began his career in 1951 with MacCarthy Engineering Company, and later worked with W.T. Moore and Son on domestic and overseas projects. He then worked with Moore Surveying and Mapping Corporation as leader of the Survey Department until 1962.

He worked with Granger Contracting, Inc. from 1962 to 1979, serving in many positions. In 1980, he and his son, Kevin, formed their company, R. W. Hart Associates, Inc., which continues to this day.

Mr. Hart served on the Northborough Planning Board and was a manager with the Northborough Little League during the 1960s. He was a sports enthusiast, and took great pleasure in watching his children and grandchildren play their many sports over the years. He was a founding member and longtime usher of St. Bernadette Church.

The family would like to thank the staff of the UMass Memorial Hospice for their compassionate care.