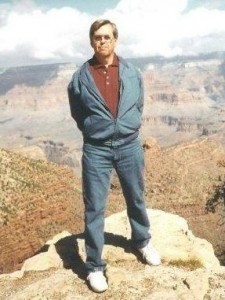 He also ran his own small software company that provided account programs for pest control businesses. He was a Youth Soccer League volunteer too. But most significantly, Sullivan donated his time and money to causes like the Make-A-Wish Foundation, the Passionist Religious Order, which hosts retreats for people in recovery, and the Addiction Referral Center in Marlborough, an organization that helps those with drug and alcohol problems. He passed away in 2003 at the age of 64 of esophageal cancer. But his spirit of giving lives on in the Bill S. Memorial Golf Tournament that his friends, including Ernie Kapopoulos and Keith Carter, have co-chaired and organized since 2004.

Carter said Sullivan was a very active man in the Hudson community who left behind a lot of people who cared about him. Playing a round of golf at the annual tournament, which is in its eighth year, celebrates his life.

“We have a good time and make it a fun event in memory of Bill,” he said. “We'se pretty much had the same group of people involved the seven years we'se been doing it, all friends of Bill's or people he helped out.”

This year, the tournament will be held at Townsend Ridge Country Club in Townsend, Mass. at 10 a.m. Friday, Sept. 30. Carter added that roughly 50 golfers have signed up so far, and he expects to see more. Last year, approximately 100 golfers and 50 sponsors of prizes and holes, as well as over 25 volunteers, participated.

According to Carter, the tournament raised $6,500 for Sullivan's favorite charities last year, and helps Sullivan's family and friends remember him and give to worthy causes.

“Bill was a tireless advocate for people who were a little down on their luck and needed help,” Carter said. “He was never too busy to donate his time and energy to assist others.”

Carter said all are welcome to participate in the tourney, and people can even sign up the day of the event. The cost is $100 per person, and there is also the option to sponsor a hole or donate money through the website www.tournevents.com/BillS.

“We welcome anybody who wants to help out,” Carter said. “We's love to have golfers, sponsors and volunteers join us for this year's tournament.”

Kapopoulos said Sullivan, a father of three, was a “wonderful man who cared about people. He shared his time and energy with people who needed it.”

The goal for Kapopoulos, who said Sullivan was one of his best friends, is to celebrate his friend's life and give back to the community.

“He was a wonderful man with a lot of talents,” Kapopoulos said. “We wanted to keep his memory alive.”

The Bill S. Memorial Golf Tournament will take place at the Townsend Ridge Country Club located at 40 Scales Lane. Registration starts at 9 a.m. Prizes will be raffled off, as well. For more information, visit the website www.tournevents.com/BillS.