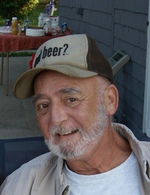 Marlborough – William A. Peters, 67, died unexpectedly Friday evening, Oct. 7, 2011, after a short period of failing health. He was the husband of Jane (Ryan) Peters, to whom he was married for 32 years.

Born in Medway, the son of the late Raymond and Gertrude (Sacco) Peters, he moved to Marlborough in 1965. He was a graduate of Algonquin Regional High School, class of 1962, and upon graduation joined the United States Army and served three years overseas in Germany, reaching the rank of Specialist 4th class. In 1973, received his BS in Business Administration from Clark University.

Mr. Peters was formerly employed by the Honeywell Corp. as an administrative assistant to the applications engineer and also worked for Data General as a contract administrator. For 25 years, he served as a police officer with the city of Marlborough.

He was a longtime member of the Moose Lodge of Marlborough and the Marlborough AMVETS Post 1980.

His funeral will be held Thursday, Oct. 13, at 10 a.m., at Saint Matthew's Church in Southborough. Burial will be at a later date. The William R. Short and Son Funeral Home of Marlborough is assisting with arrangements.

Memorial contributions may be made to Kristen's Ride, 92 Colonial Dr., Littleton, MA 01460, which supports vital research at the Dana Farber Cancer Institute to help find a cure for cancer.