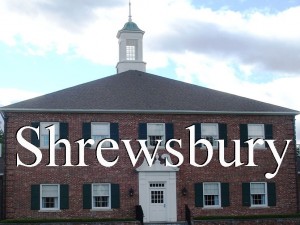 Shrewsbury – The Board of Selectmen voted 4-0 at its Oct. 11 meeting to spend $53,850 to upgrade voting machines in each of Shrewsbury's 10 precincts by the presidential primary in March 2012.

Town Clerk Sandra Wright told the board that the current machines are not federally compliant. Michael Carlson, a field technician for Salem, NH-based LHS Associates, demonstrated his company's product in an actual ballot box as if he were a voter on Election Day to the board.

The new machine is contained within the ballot box just like the ones currently being used. The only change voters will notice is a new ballot requirement to fill in an oval rather than to fill in an arrow. The new machines are designed to read ballots with ovals only.

The new machines have two memory cards, one being a backup, from which vote tallies can be uploaded to HTML spreadsheets via LHS's General Election Management (GEM) system, on a laptop specifically designed for the town clerk.