Teams from all Indiana colleges and universities with accounting programs were invited to compete. About a dozen schools participated this year and six were chosen as finalists.

Mary Ann Merryman, professor and chair of the Department of Business Administration and Economics, led the St. Mary's team, which consists of Allison Courtney “12 of Northborough; Maggie DePaola “12 of Hilliard, Ohio; Katie Gutrich “13, of Tinley Park, Ill.; and Chelsea Pacconi “13 of Pittsburgh, Pa. Courtney and DePaola were also on last year's winning team.

“St. Mary's has definitely given me the confidence and drive to compete in something like this,” Courtney said. “I think a large reason that we have done so well the past few years is the motivation and mentality we have maintained. We put in over 90 hours on this project in the span of a week and a half, and we all pushed each other to be the best that we can be. I think the level of communication, challenge and motivation we have has led to the success of these past two years.”

“I couldn's be prouder of the Saint Mary's team,” Merryman said. “They worked extremely hard on the case and their hard work definitely paid off.”

It was the 12th time the INCPAS has held the competition, with the case topic changing each year. This year's case study required the teams to develop a knowledge management system for a fictional Indianapolis CPA firm. The teams had 10 days to complete the case paper. Finalist teams then had one week to prepare their presentations.

“Our team submitted a paper of 50 written pages and 23 pages of appendices,” Merryman said. “Just the number of pages they produced gives you an idea of the tremendous amount of work our students put into the competition.”

Merryman has led the St. Mary's teams to the “final six” for the past six years with their highest placement at third before they entered the 2010 competition.

The St. Mary's teams have benefited from strong faculty commitment to lead the team.

“Students graduate, so the one constant is a faculty member with an ongoing commitment to make sure that a college or university organizes and coaches a team to compete,” Merryman explained. 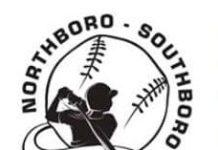