How can the Community Advocate help you promote your business?
Advertising Info
Suggest a Story
Free Subscription
Home Uncategorized Legislators ask for measures to be put in place to deal with...
Facebook
Twitter
Email 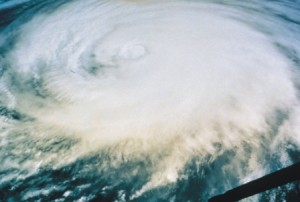 Region – A group of local legislators has released a copy of a letter that they have sent to the chair of the Massachusetts Department of Public Utilities. The letter details the frustrations that many of their constituents felt after Hurricane Irene and the October nor’easter. It also offers suggestions on how future storms may be dealt with so residents are not left without prolonged power outages.

Here is the full text of the letter –

Dear Chairwoman Berwick:
We write in reaction to public utilities” repeatedly inadequate emergency preparedness and insufficient storm response, as exhibited by the sustained electric service losses that impacted more than 1 million residents following Tropical Storm Irene and over 800,000 residents after the October 29, 2011 nor’saster.

These extended power outages not only created a significant risk to public safety but also inflicted substantial financial loss on residents and businesses in the Commonwealth. While we recognize that both Tropical Storm Irene and the October snowstorm caused significant damage to utilities” infrastructure within the short period of two months, in some circumstances, we believe the damage could have been prevented by adequate routine maintenance and mitigated by ample pre-storm preparedness.

Additionally, public utilities, particularly National Grid, have repeatedly failed to communicate effectively with customers and government officials regarding estimated times of restoration (ETR). National Grid attempted to improve communications after Irene by appointing community liaisons; however, efforts during the October snowstorm were still far from exemplary.

It is imperative that public utilities are held accountable for reliable electric service, particularly as they possess the technological capabilities to minimize extended power losses. Following Tropical Storm Irene, NSTAR restored service to 97% of the 500,000 Massachusetts customers within 3 days, while National Grid left customers in the dark for more than a week during both Irene and the October storm. Generally, we believe the length and number of these outages were exacerbated by poor routine maintenance, inappropriate pre-storm preparations and inadequate technology.

Although National Grid purports an annual expenditure of $23M for vegetation management as evidence of appropriate regular maintenance, this does not prove that ratepayer dollars used for tree-trimming are being spent wisely or well. In fact, even cursory observations reveal that tree branches are encroaching and often growing between power lines, endangering the public during heavy snowfalls and strong winds. Tree maintenance adjacent to utilities” power lines is essential for ensuring public safety, as well as reliable infrastructure and service and thus, should be a priority.

In addition to infrastructure maintenance, public utilities needs to implement better preparations in anticipation of level 5 catastrophic events with a high regional impact. For example, National Grid failed to plan for the forecasted regional impacts of Tropical Storm Irene and the October Nor’saster. As a result, the utility was twice found without an adequate number of out-of-state crews when virtually all Northeastern crews were committed to restoring regional damage. We understand that National Grid waited until after the storm and the initial damage assessment was completedâ€”which according to President Marcy Reed takes between 48-72 hoursâ€”before enlisting the resources from states outside of the Northeast. Prior to forecasted extraordinary regional events, all utilities need to ensure contractors and other utilities across North America are already prepared to assist with immediate damage mitigation and service restoration.

And while National Grid’s use of community liaisons during the October Nor’saster was definitely an improvement over the disorganization displayed following Tropical Storm Irene, utilities” repeated struggle to convey information in a timely manner to both municipalities and customers highlights the need for improved alternative methods for post-storm information exchange. Ms. Reed articulated in her storm response letter that communication is hindered by the electric infrastructure’s lack of sophistication and the subsequent inability of National Grid to determine the extent of system damage without customer reporting. Furthermore, she explained that predicting the estimated times of restoration (ETRs) “is more an art than a science.” In the 21st century, an age of advanced technology and instant communication, this is both surprising and concerning.

Perhaps we must require National Grid and its counterparts to invest in the technology required to take precise internal readings of system-wide damage. The widespread impact of these two level 5 storms, coupled with the forecasted dramatically changing weather patterns, highlight the need for rapid development of smart meter technology that would facilitate quicker post-storm damage assessments. The DPU should encourage and assist with the implementation of these advancements and strive to move past the pilot phase of smart meter integration.

Additionally, we recommend the DPU consider requiring utilities to have a centralized database for efficient real-time communication between a utility company and the municipalities it serves. This will enable municipal officials to track reported system damage, outages, safety hazards, and ETRs. Utilities should ensure that these company databases are accessible to mobile crews as well as municipal officials, even when electric and cell service has ceased. This innovation would diminish the lag time in communications between municipalities, work crews, and restoration management teams, allowing all stakeholders to have immediate access to information as it becomes available. Further, public utilities need to broaden the available lines of communication between customers and customer support, from updating central websites to be smart phone friendly, to employing more radio and satellite communication in areas where cell service is down during catastrophic storms.

Thank you for investigating the causes behind the extensive electric service outages that left over 800,000 public utility customers in the dark twice within two months. The customers and municipalities served by public utilities like National Grid deserve an explanation for the sustained safety risks and financial losses resulting from these lengthy power outages. This process is essential for determining the most effective means of incentivizing utilities to uphold their commitment to provide reliable electric service.