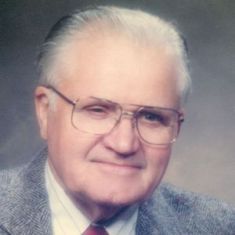 Born August 20, 1912 in Upton, a son of the late Thomas F. and Florence (Nixon) Moroney, he was a Shrewsbury resident for more than 40 years. He and his late wife, Rita M. (Bonoyer) Moroney, retired to Brewster where they lived for more than three decades. Mrs. Moroney operated a popular bed and breakfast from their historic Cape Cod home, while Mr. Moroney consulted well into his 90s with new owners of the company he founded as a young entrepreneur. The Moroney home is neighbor to the iconic Brewster Grist Mill.

Thomas F. Moroney Company built bookmobiles that earned a distinguished national and international reputation and featured a patented Moroney Monolite ®light and ventilation system. One was exhibited at a world exhibition in Russia in the 1950s.

The company's first bookmobile was built in 1948 for the city of Worcester. Others included the first of two for the town of Shrewsbury. It was purchased in the 1960s by his good friend and fellow charter-Rotarian, Anthony “Spag” Borgatti, as a gift to the town.

The Shrewsbury bookmobile, like most, became a town social center. It housed one-third of the local library's publications, and much like the neighborhood ice cream truck, the town's popular bookmobile was a magnet attracting children and parents alike. A Worcester Magazine reporter wrote in 2006, “Perhaps more than Sesame Street, Thomas Moroney is responsible for encouraging children …to read. (He) has become a faceless, almost mythical influence on children for nearly as long as Dr. Seuss…”

More so than business, Mr. Moroney's life was centered on faith and family, most recently his grandchildren and great-grandchildren who became so much a part of his life in his elder years. He was never alone and never without an eager audience for tales of his youth and witty exchanges. The Moroneys were parishioners of Saint Mary's Church in Shrewsbury and Our Lady of the Cape here.

Mr. Moroney was preceded in death by his wife, Rita, and siblings David and Richard Moroney, Alice Phillips, and Theresa Merolli.

He leaves his children, Ellen Mowrey of Hubbardston; Marian “Marnie” Brennan and her husband, Tom, of Anchorage, Alaska; Thomas F. Moroney III and his wife, Mary Anne, of Liberty, South Carolina; and Robert Moroney and his wife, Nancy, of East Falmouth. His grandchildren, their spouses and their children and grandchildren are Elizabeth and Joseph Kelley of Ayer, and daughter and son-in-law Samantha and Paul Cooper, and grandchildren Angelina and Joseph Richard; granddaughter Lynne Franciose of Hubbardston, and her sons Ryan and Graham Franciose and Sam Dalhberg; Robert and Laura Jette of Sturbridge, and their children Hannah and Colin; Susan and son-in-law William MacWilliams of East Brookfield, and children Ben and Emily; Brian and Tracy Jette of Hubbardston, and children Tyler and Harrison; Eric and Emmanuelle Jette of Hubbardston and children Mickael (cq), Remy, and Stephan; and Karen and Mark Godfrey of Duluth, GA, and children Tanner, Evan, and Henry. Also, Peter and Kelsey Brennan of Prescott, Az., and children Thomas and Trevor; Tobin and Angelyn Brennan of Soldotna, Ak., and children Madelyn and Gavin; Thomas C. and Anne Marie Moroney of Easley, S.C., and children Ryan, Jonathan, Matthew, Seth, Sarah Anne, and James; Daniel and Denise Moroney of Chicopee and their children Corrine and Gabrielle; Michael Moroney of Spencer and daughter Emma; and, Scott Moroney of Sterling and daughters Taylor and Paige.

Family and friends will honor and remember Mr. Moroney's life by gathering for a calling hour Monday, March 26, from 9:30 to 10:30 a.m., at Heald & Chiampa Funeral Directors, The Sumner House, 5 Church Road, On the Common, Shrewsbury Center, before leaving in procession to Saint Mary's Church, 640 Main St., where a funeral Mass will be celebrated at 11 a.m.. Burial will follow in Mountain View Cemetery.

Memorial donations may be made to the Shewsbury Public Library, 609 Main St., Shrewsbury, MA 01545 for those who wish to further honor Mr. Moroney's memory and civic contributions.