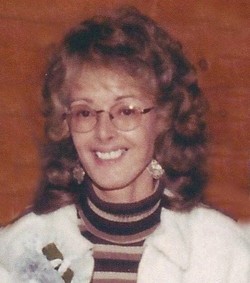 Shrewsbury – Grace F. “Gracye” (Shustak) Temple, 68, a longtime resident of Shrewsbury, passed away Thursday, April 12, 2012, with her devoted family by her side, from complications of lung disease and COPD.

Born in Worcester, her parents were the late Edward S. and Grace F. (Seymour) Shustak and she graduated from Commerce High School, class of 1963. She met and married her husband, Russell H. Temple, April 11, 1970, and they celebrated their 42-year anniversary a few days ago. Together, they moved to Shrewsbury to raise their family and have lived there ever since.

In addition to her husband, she is survived by two sons she adored, Russell Temple Jr. and his wife, Michelle, of Sutton and Edward Temple and his wife, Geraldine, of Shrewsbury; four grandchildren who cherished her, Ellainna, Ryan, Nicholas, and Emma; and nieces, nephews, extended family, and a host of friends. A sister, Elaine Shustak, predeceased her in 1986.

Mrs. Temple worked as a pharmacy technician for Brooks Pharmacy, now Rite Aid, in Shrewsbury before retiring due to illness. She previously worked at Julio's, Town & Country Bowl, Shaw's, and Stop & Shop.

She was a member and former CCD teacher of St Mary's Church, and enjoyed painting and crafts. A devoted mother, she was happiest caring for her family. She took great pride in making sure they were well cared for. She also found great joy in being with and enjoying the company of her grandchildren. They were her inspiration.

Her funeral will be held Tuesday, April 17, from the Mercadante Funeral Home & Chapel, 370 Plantation St., Worcester, with a Mass at 10 a.m. in St Mary's Church, 640 Main St., Shrewsbury. Burial will follow in Notre Dame Cemetery. Friends and relatives are invited to visit with the family Monday, April 16, from 4to 7 p.m., in the funeral home.

In lieu of flowers, memorial contributions may be made to the American Lung Association, 33 Speen St., Framingham, MA 01701.