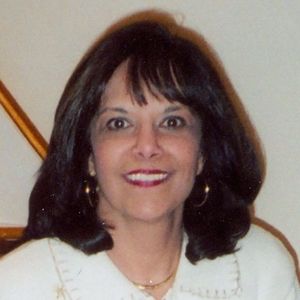 Shrewsbury – Susan (Petrone) Giannetti, 63, died at home Saturday, April 14, 2012, with her family gathered by her side. She rejoins her parents, Fred and Catherine, and her nephew, David Petrone.

Born August 31, 1948, in Worcester, she was a daughter of the late Fedeli Antonio and Catherine (Costanzo) Petrone and a graduate of Venerini Academy, class of 1965.

Mrs. Giannetti worked in the Registry of Deeds Office in the Worcester County Courthouse for over 25 years where she was head clerk. After marrying her husband, Paul V. Giannetti, in 1985, she then worked at his Hudson law practice, Giannetti and Hastings, as a legal secretary. They moved to Shrewsbury in 1986.

True to her rich Italian heritage (Calabrese and Sparinise), she was a phenomenal cook and had an additional extra talent for baking. She enjoyed summers in Cape Neddick, Maine with her family and friends.

In addition to her husband, Paul, she leaves her step-children, Michael P. Giannetti and his wife, Donna, of Amherst, New Hampshire, Matthew P. Giannetti and his wife, Katie, of Worcester, and Michelle M. Garabedian and her husband, Mark, of Colorado; her siblings, Madeline C. Martin of Worcester, Fred A. Petrone Jr. and his friend, Diane Pozzi, of Worcester, and Vito A. Petrone and his friend, Lynne Parker, of Oxford,; her step-grandchildren, Vincent and Anthony of Worcester and Grace and Abby of Amherst; her nephews and niece, Joseph and Nickolas Petrone and Amy Johnson; close family friends, Henry Martin and Gary Olson of Worcester; her cousin, Judy Warner; and longtime friend Rose, Varteresian.

Family and friends will honor and remember Susan's life by gathering for calling hours Tiesday, April 17, from 4 to 8 p.m., at Heald & Chiampa Funeral Directors ~ The Sumner House, 5 Church Road, On the Common, Shrewsbury Center, and again at 9:15 a.m. Wednesday, April 18, before leaving in procession to Our Lady of Mount Carmel – St. Ann Church, 24 Mulberry St., Worcester, where a funeral Mass will be celebrated at 10:30 a.m. Burial will follow in Mountain View Cemetery.