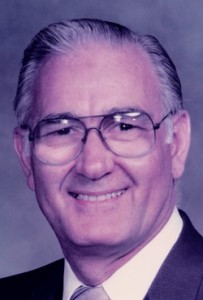 Born in Vieste, Italy, son of the late Frank and Libera (Troiano) Montecalvo, he came to the United States when he was 9 years old. He served in the United States Army during World War 11 in the 66 Infantry Division serving in Belgium, Germany, and France.

Mr. Montecalvo was a machinist for the Reed Rolled Thread Company, now known as Reed –Rico Company, for many years before he retired. He was a member of St. Anne's Church in Shrewsbury for 57 years, and was also a member of the Greendale Retired Men's Club and their bowling league.

Along with his wife, he enjoyed traveling, but mostly enjoyed being with his family, especially his grandsons. He will be sadly missed by his family and friends.

Memorial calling hours will be held Friday, April 20, from 5 to 8 p.m., in the Mercadante Funeral Home & Chapel, 370 Plantation St., Worcester. A memorial funeral Mass will be held Saturday, April 21, at 10 a.m., (relatives and friends are asked to go directly to the church. There will be no procession from the funeral home) in the Church of St. Anne, 130 Boston Tpke., Shrewsbury. Interment will be held privately in Mountain View Cemetery.