Home Neighbors in the news I was just thinking…government healthcare&apos;s tough on dogs, too
Facebook
Twitter
Email

My dog, Elkie, recently suffered a stroke. While she was recovering, she developed an infection of her digestive track. My veterinarian prescribed an oral antibiotic. She called the local CVS drug store and ordered it.

My wife and I are customers of this CVS store and get our prescriptions there through Medicare and Tricare, the latter the military retiree plan. 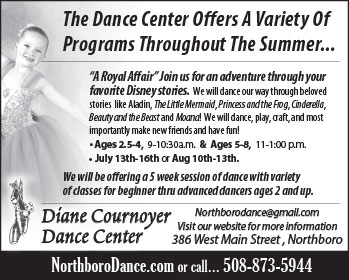 I went to pick-up the medicine, to find it had to be prepared by another pharmacy and then sent to CVS. I was told to come back later in the day. Because I had already made one trip, I called ahead the second time to make sure all was ready.

It was not. Under Massachusetts” Universal Health Care Mandate, house pets and farm animals are also sucked into this system. There is no differentiation made between people and dogs.

I called the CVS and asked if the medicine was ready.

ME: “Hi. I's calling to see if a prescription is ready.”

Technician: “What is the name?”

Tech: Is that the first or last name?”

Tech: “What is the last name, please?”

Tech: “What is the first name?”

ME: “Elkie. It's a veterinary prescription.”

Tech: “Is Elkie you or your wife?”

Tech: “What is the prescription name?”

ME: “It's not in the system because she's a dog. She has no health insurance.”

Tech: “What is the address?”

Tech: “What is the date of birth?”

Tech: “I have to have a day and month to give you the medicine.”

ME: “I don's know the day and month. When we adopted her the vet said her teeth suggested that she was three. That was in 2000.”

Tech: “Is this a dental prescription?”

ME: “No! Her teeth are fine. It's for her digestive system.”

Tech: “This is an antibiotic for her digestive system? I still need her day and month of birth.”

ME: (getting very aggravated) “I don's know!”

Tech: “Good. Jan 1, 1997. The new state insurance system won's let us issue a prescription without the patient's birthday. Does she have any insurance?”

Tech: “I have to ask. The system demands it before we can issue a prescription.”

Fifteen minutes later I arrived at the CVS and approached the pharmacy.

ME: “My name is Sherman. I have a prescription ready.”

Several minutes later she approached the desk with a yellow slip.

Tech: “I's sorry. We have to have more information before we can give you the prescription.”

ME: (NOT in the best of moods and wanting to leap over the counter at this point) “What now? You had me on the phone for 20 minutes before I came here.”

Tech: “The system won's let us issue a prescription without the patient's day of birth. It's a requirement of the new system.”

ME: (realizing that you actually CAN see red) “You have all that. I gave it over the phone.”

This was followed by five minutes worth of the technician talking to two other techs and the pharmacist.

Tech: “It has to come from another pharmacy.”

Tech: “Let me check the system for that.”

I then clutched the edge of the counter so hard my hands turned white.

“Tech: “I have it here. That'sl be one million dollars” (a slight exaggeration, but not much).

ME: (Anger turning to light-headedness) “Fine.”

I paid and left.

I had to put my doggie down some days later, but want to thank all those politicians who want to stick us with such a national, government run, healthcare system, a system so clumsy and infuriating that it lets us know RIGHT NOW what a total disaster it's going to be on a national level.

Elkie would have been disgusted.

This blog entry reflects only the opinion of the writer and not the Community Advocate or its advertisers.