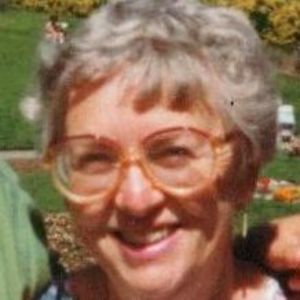 Shrewsbury – Dorothy P. (Butler) Kohler, of Shrewsbury, formerly of Needham, died Tuesday, June 12, 2012 in Rose Monahan Hospice Residence in Worcester with her family gathered by her side. She was 84.

Dorothy was born August 6, 1927 in Cambridge, a daughter of the late James F. Butler Jr. and Mary L. (Keenan) Butler-Clement. She was a graduate of Cambridge High School and Simmons College, where she earned her degree in early childhood education. She taught kindergarten in the Wellesley Public School system for over 10 years.

She married Herbert M. Kohler in Saint Joseph's Church in Needham on April 15, 1961, and together they raised their three children. They lived in Needham for over 40 years before moving to Shrewsbury in 2007.

Family and friends will honor and remember Dorothy's life by gathering Friday, June 15 in The Chapel of Saint Bartholomew's Church, 1180 Greendale Ave., Needham, where her Mass will be celebrated at 10 a.m. and a short reception afterwards. Father John Arens will officiate. Burial will be at 1:30 p.m. in Mount Auburn Cemetery, Cambridge. There are no calling hours. Heald & Chiampa Funeral Directors is assisting the family.