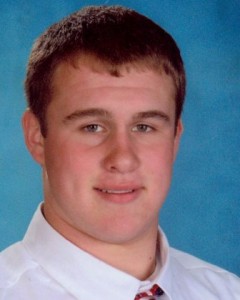 Region?- Dominic V. Casamassima, 17, son of Vincent and Patricia Casamassima of Berlin, was recently awarded the rank of Eagle Scout. Dominic's achievement was celebrated June 16 at his Court of Honor.

Dominic has been involved in Scouting beginning with Cub Scouts and advancing to Boy Scouts at age 11. He was elected Senior Patrol leader at age 13, earned 24 merit badges, is a member of the Order of the Arrow and last summer completed a high adventure camp at Philmont in New Mexico.

His Eagle Project involved work at the Hillside School in Marlborough, where he made a section of an old dirt road passable so that the students could walk back and forth between the school and the farm, avoiding the busy main road.

Dominic is entering his senior year at Worcester Academy as the captain of the football team and member of the wrestling team.

He is the grandson of Mr. and Mrs. Vincent Casamassima, Sr. of Northborough.

‘These kids are hungry:’ Hawks get ready for basketball season