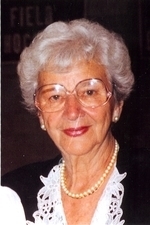 Brewster – Mary A. Nelpi, 94, of Brewster, formerly of Westborough and Sarasota, FL, died peacefully June 13, 2012, at Epoch Senior Healthcare of Brewster. She was the wife of the late Edward J. Nelpi who passed away in 2003.

Mary was born in Wellesley, daughter of Joseph and Louisa (Maccini) Egasti, the eldest of six children. She graduated from Wellesley High School in 1936, and was employed by Babson Institute before marrying Ed and moving to Westborough in 1939. She later became the manager of Minuteman Travel Service, which enabled her to travel extensively. For many years she volunteered with Girl Scouts both as a leader and as a town coordinator. She was a member of the Westborough Women's Club and several bridge groups.

Mary's family would like to thank the wonderful staff at Epoch of Brewster who gave her excellent care for the past nine years.

Her funeral Mass will be celebrated at 10:00 a.m. on Saturday, June 30, at St. Luke the Evangelist Church, 70 West Main St., Westborough. Burial will follow at St. Luke's Cemetery. There will be no calling hours. Britton-Summers Funeral Home, 4 Church St., Westborough, is directing arrangements.

In lieu of flowers memorial donations may be made to Epoch of Brewster Activity Fund, 873 Harwich Rd., Brewster, MA 02631.