On this day in 1927, the Cyclone roller coaster opened on Coney Island.

On this day in 1934, a whole new way of banking was launched when President Franklin D. Roosevelt signed the Federal Credit Union Act, which established credit unions. 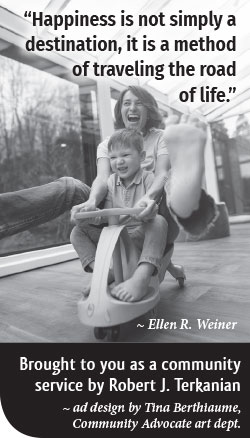 And on this day in 1996, Irish journalist Veronica Guerin was shot in her car by four members of an alleged drug gang while she was stopped at a red light near Dublin. Guerin was murdered two days before she was due to give a speech in London entitled “Dying to Tell the Story: Journalists at Risk.”

Today's birthdays include three notables from the world of sports: Abner Doubleday, who is credited with inventing baseball in 1839 (1819); Babe Didrikson Zaharias, one of first true superstars in women's sports (1911) and Derek Jeter, the great New York Yankees captain (1974).

1. Here it is, CA fans – the second installment of the Warlock of Westborough story! What do you think about this story? Let us know in the comments section or email Kathy Behan, managing editor at [email protected].

4. The Grange has long been a part of American history. In Northborough, the Grange is still going strong – and they are always seeking new members to join in the activities. Click here for information on a meeting that will be held on Wednesday, June 26.

5. A General Education Development (GED) diploma can change one's life. Click here to learn more about a GED program being offered in Marlborough.

6. Do you have a family member that just graduated from college? Share your pride with our readers! Email the details to Kathy Behan, managing editor, at [email protected]