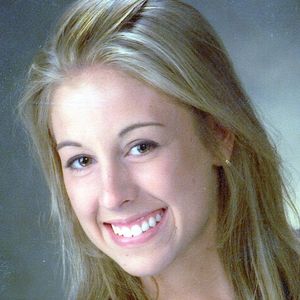 Born on December 19, 1985 in Summit, New Jersey, she was the daughter of Michael J. and Susan M. (Picard) Neafsey and the sister of Sean P. Neafsey and Colin M. Neafsey. She was a graduate of Shrewsbury High School, Class of 2004.

While in high school, she was a class officer for four years and a member of the National Honor Society. She was an outstanding athlete and captained three sports: lacrosse, basketball, soccer. She participated in several service organizations and was a volunteer in her church community. In 2008, she graduated from Providence College and worked in the financial service industry.

Simply put, Julie was an extraordinary person. She was capable and gifted at most everything she tried. At every stage of her life, she was continuously recognized for her enormous talents, cheerful and magnetic personality, and genuine care and concern for others. Her life is marked by a long list of accomplishments, but the fullness of who she was lay in her selflessness and tender and generous heart. She was artistic and full of style, charisma, humor, quick wit, and surprise. Most of all, she was full of love.

Family was important to Julie. They are, and will be, the proud keepers of her life. In addition to her parents and brothers, Mike, Susan, Sean, and Colin, she leaves her grandparents, Edward and Agnes (Murphy) Neafsey of Avon, New Jersey and Lawrence Picard of Indian Orchard; numerous aunts and uncles, Edward Neafsey and Jane Grall, Margaret Neafsey, Alice Sciarrino, Mary Ellen and John Mullins, Agnes and Bob Williams, William and Joyce Neafsey, Kathleen and Vin Badalis, Kathleen and Patrick Murphy, Laura and Steven Loffredo, Joseph and Jessica Picard, John Picard, Robert Picard; and a host of cherished cousins and friends.

Family and friends will honor and remember Juliana's life by gathering for calling hours Friday, July 6, from 4 to 8 p.m., at Heald & Chiampa Funeral Directors ~ The Sumner House, 5 Church Road, On the Common, Shrewsbury Center, and again Saturday, July 7, at 8:45 a.m., before leaving in procession to Saint Anne's Church, 130 Boston Turnpike, Shrewsbury, where her funeral Mass will be celebrated at 10:00 a.m.

Honor Juliana's memory with a contribution of time or money to help someone in need.