Home Neighbors in the news I was just thinking…the Internet on your glasses: good idea?
Facebook
Twitter
Email 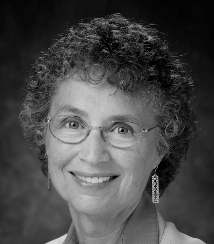 Perhaps I's a technological cave-dweller, a foot-dragger in the electronics-device race. Or maybe I's just having a Cranky Technology Week. But it's difficult for me to understand, try as I might, why Internet-connected eyeglasses are an entirely good idea.

According to various newspaper and on-line articles, Google, inventor of the glasses,? has sold prototypes to a select group of users so that these folks, mostly computer programmers, can test them. Of course, if you ask a bunch of these “early adapters” to test a new electronic gadget, they'sl probably love it no matter what. Technology developers rarely ask the opinions of those of us who are slow to adapt or who don's see the need to adapt in the first place.

When you'se wearing Internet glasses, you can call up directions to wherever you'se trying to go, receive text messages, have video chats with friends, or do some online shopping, all from a tiny screen above your right eye.

You can even activate an on-glasses camera so your friends can see, in real time, a video of where you'se going. This is probably a good thing, because while you'se focusing on all that Internet activity, your friends can send you a text message to warn you if you'se about to bump into a light pole.

As for fellow pedestrians who are likely to include me, we'se become accustomed to moving out of the way when an approaching walker is absorbed in texting. At least we can see that the person is texting. But we won's be able to tell whether a fellow pedestrian – or a fellow driver – is looking through the glasses or at the glasses. The difference could have major implications for our personal well-being.

An Associated Press article, summarizing remarks by a Google project engineer,? explains, “the company created the glasses for people to interact with the virtual world without distracting them from the physical world.”

Excuse my naive skepticism, but I's a member-in-good-standing of the physical world, though I often make excursions into the virtual world. I would feel safer if we all visited the two worlds in sequence, rather than in tandem, because it seems that “distraction” is built into those glasses.

I'se been operating a pair of personal eyeballs for a long time, and know a bit about how they work. Focusing, for example. You can focus on your glasses, or you can focus on the physical world, but you can's focus on both at the same time. While your eyeballs are engaged in electronic activity, they cannot, simultaneously, fulfill their basic purpose, developed over millennia of evolution, which is to watch for the approach of saber-toothed tigers or, for example, kids on skateboards.

Then, there are brains. I'se been operating one of those for quite a while, too. We all like to believe that we can “multitask” efficiently, but recent studies suggest that while we might seem to accomplish more than one task at a time, we'se probably not doing any of them very well. You can read your glasses-text-message while you'se paying for your groceries, but you'sl use only half-a-brain for each activity.

In case you'se wondering: the Internet glasses are controlled by tiny buttons on the side, or you can tell your glasses what to do by talking to them. So now that we'se all become accustomed to hearing people yell into their cell phones, we must now prepare to listen while they talk to their glasses.

Technology has brought us some marvelous developments. But is every new idea a good idea? Perhaps not entirely.