How can the Community Advocate help you promote your business?
Advertising Info
Suggest a Story
Free Subscription
Home Byline Stories - News The C.A. six tips of the day for Aug. 8
Facebook
Twitter
Email

On this day in 1974, Richard M. Nixon, the 37th President of the United States, announced that he was resigning. Nixon's decision came after a long, stressful investigation into his involvement in the Watergate affair resulted in impeachment proceedings initiated against him.

On this day in 1969 one of the most iconic album covers in history was shot when photographer Iain Macmillan took a photo of the Beatles crossing a London street for the cover of their album, Abbey Road.

And on this day in 1956 a tragic coal-mine fire killed 262 miners in Marcinelle, Belgium.

1. Have you been to the Westborough Farmer's Market yet? If not, you really must go! It is awesome!

?2. This project will be painful, no doubt, but is necessary.

?4.?”Breaking Up Is Hard to Do: A Musical Comedy Featuring the Songs of Neil Sedaka” will be performed by the Regatta Players Theater Group Thursday, Aug. 10 and Friday, Aug. 11, at 7:30 p.m. each evening, and Saturday, Aug. 12, at 2 p.m., at The Flanagan Theater of Southgate at Shrewsbury, 30 Julio Dr., Shrewsbury.

?6. And just because puppies are the best, here's one to brighten your day! 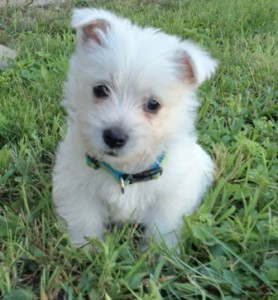