On this day in 1972 Palestinian terrorists killed two Israeli athletes and held nine others hostage during the Munich Olympics. 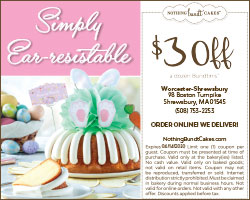 On this day in 1969 U.S. ?Army Lt. William Calley was charged for his part in the My Lai massacre in Vietnam. ?Calley was the only soldier convicted; between 350 and 500 people, most of them women, children, infants, or elderly, were killed in the massacre by a group of U.S. Army soldiers.

And on this day in 1960 Muhammad Ali (who was then known as Cassius Clay) won a gold medal for boxing in the Rome Olympics.

1. Barbara Kessler will be in concert this Thursday, Sept. 6 at the Bay State Common.

2. Speaking of the Bay State Commons, could it someday be home to the Westborough
Town Hall?

3. You can get all the up-to-date news on your favorite high school sports team at ?

4. And speaking of high school sports, one of the highlights of Northborough's Applefest weekend will be the big football game between Algonquin and Wachusett.