On this day in 1996, hip-hop recording star Tupac Shakur was shot in Las Vegas, NV. Although he survived the attack, he died several days later from his wounds. He however did make a “comeback” of sorts when a hologram of the rapper appeared at the Coachella music festival in April.

On this day in 1986, Bishop Desmond Tutu became the first black man to become archbishop and head of South Africa's Anglican Church. One of Tutu's last public engagements was at St. John's High School in Shrewsbury in May 2010. You can read about that here ?

And on this day in 1940, London came under siege as Germany began the first of 57 consecutive nights of bombing. The “blitzkrieg” continued until May 1941. 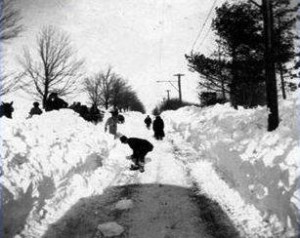 2. If you are wiped out from trying to get your family back on schedule now that summer is just about over, don's add more stress by worrying about cooking. Instead, take your family out to one of the many great restaurants in our area. We have many of them conveniently listed here for you.

4. The public is invited to attend a Country Fair at New Horizons in Marlborough this Sunday, Sept. 9. The fair includes a BBQ extravaganza, games, concession stands, Tom Ruggles Dixieland Band, petting zoo and much more!

5. The ConnectingPoint Church in Marlborough will be hosting a new program – Couch-to-5K – designed to get people moving this fall.

Westborough and Shrewsbury battle to a 2-2 tie

Planning Board discusses how to address resident traffic concerns