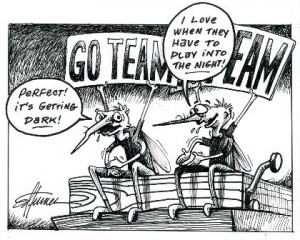 Region – With the risk of mosquito-borne illnesses such as Eastern Equine Encephalitis and West Nile Virus at an all-time high, municipalities across the area are recommending that evening and nighttime outdoor activities be moved to daytime hours. In response to the threat, several area cities and towns have restricted the hours of sports and activities. Last week's Applefest, in Northborough, saw the cancellation of several evening events including the much anticipated fireworks display.

Frustrating as it is, the increased threat of disease will likely remain until after the first “hard” frost, usually in October. Until then residents should take precautions to prevent mosquito bites.