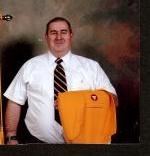 Walter was born in Marlborough, son of the late Walter M. and Helen (Frye) Zina. He attended local schools in Hudson and was a graduate of Hudson High School, class of 1967. He was employed by Knight Fuel Co. in Hudson for 26-plus years until his retirement.

Walter was an avid Red Sox fan and N.E. Patriots fan. He enjoyed the music of Elvis Presley and the collection of memorabilia relating to Elvis Presley. He was a member of the Moose Lodge in Marlborough and held the Pilgrim Degree of Merit, the highest honor bestowed upon a member which is a reward for extraordinary service to the order.

Besides his wife, he is survived by his two sons, Walter H. Zina Jr. and Shawn J. Zina, both of Hudson. He is also survived by his three brothers, Steven Zina of Clinton, Thomas Zina of Hampton, NH, and James Zina of Hudson; his five sisters, Dorothy Rollins of Northborough, Joan Darling of Barnstead, NH, Zenna Harlow of Clinton, Zorra Hartwell of Georgia, and Marcy Mills of Clinton; and his many nieces and nephews.

A service and celebration of Walter's life as held Oct. 30 in the Tighe-Hamilton Funeral Home of Hudson, with burial at Saint Michael's Cemetery in Hudson.