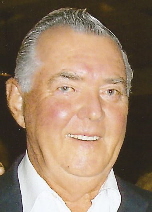 He leaves his devoted wife of 51 years, Margaret “Peggy” F. (Leary) McDermott; three sons, Michael McDermott and his wife Nancy of Bellingham, Mark McDermott and his wife Cyndi of Blackstone, and Matthew McDermott of Milton; two daughters, Mary Holland and her husband Bob of Milton and Michelle Scott and her husband Shaun of Berlin; 14 grandchildren; two great-grandchildren; his sister, Catherine Carberry of Plymouth; his nephew, Brian Carberry and his wife Susan of Plymouth; and many cousins. Jack is predeceased by his brother, Bobby McDermott.

Jack was the former owner/operator of American Auto Lease in Framingham and worked for Century 21 Realtor in Framingham from 1992 until his retirement. During his retirement years, he and Peggy lived in Surprise, Az. and North Falmouth. He enjoyed traveling, praying cards, and gardening. He was a member of the American Legion.

In lieu of flowers, memorial donations may be made to VNA Care Network Hospice, 120 Thomas St., Worcester, MA 01608.