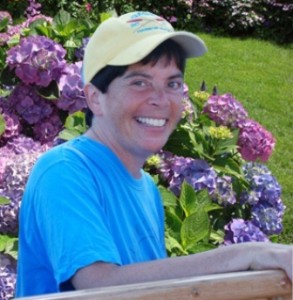 As a news junkie, I spend a lot of my time using Google to hop to news sites. Through the Monday that Sandy visited, most of my searches were regarding locations where I have friends and family; I did hear from family throughout the day, messages along the lines of, “Everything's okay,” or “Everything's okay; it's just that the power is out.”

When my children were young – they are 20-somethings now, so it was a LONG time ago – whenever I found myself out of the house without them, I would freak out quietly inside, rummaging through the information in my head to verify that they were safe somewhere. Yes, I would remember my son was at Ryan's house and my daughter with Dad. Once I located them in my memory, I would go pick out the groceries or whatever I's left home to get.

So, while perusing one news/weather site after another during Sandy, my first reaction was to cast about my head for where my children were. Safe, it turned out: to my (selfish) sorrow, my son recently moved to California, so the only effect on him was wondering what was up for his family and friends on the East Coast. He coincidentally had spent the weekend just before the Monday of Sandy's landfall at a wedding in Florida, but he and his girlfriend had flown out before there was havoc at any of the airports.

And my daughter, who lives in Quincy, on the South Shore of Boston, had spent the weekend at her boyfriend's house near us, so she was as safe as we were, even though my searching showed video of Quincy's shoreline getting battered.

Before my son and his girlfriend moved to California, they lived in East Village in Manhattan. So, East Village was one of the locations I searched for during Sandy. I actually found a photo of cars on a street near the old neighborhood – cars submerged to their hoods. PLUS a ConEd plant in their old neighborhood had exploded, putting that area of Manhattan out of power, certainly not the worst that could have happened following the explosion, considering the more than 50 burned-down homes in Queens.

But, fortunately – can I even be saying this? – my son and his girlfriend live in California, where the greatest danger is an earthquake.

Coincidentally, the two were living in East Village when that earthquake in Virginia last summer hit the East Coast; my son's office building, where he was at the time, swayed, but sustained no damage. It was far worse than the recent repeated clusters of quakes in the L.A. area, which he didn's feel at all.

Another place I investigated was Brooklyn because my college roommate lives there with her family. What I found was a 170-foot water tanker that had its front third up on land, tossed like a play toy onto the beach. My roommate and her family are fine – over by Prospect Park, the opposite side of the borough.