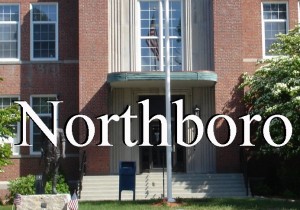 Northborough – After some hesitation, the Northborough Board of Selectmen approved a measure that will allow belly dancing at a local restaurant, Zem Han.

The decision to amend the restaurant's entertainment license to allow belly dancing one night on every other weekend, was made during the board's Nov. 5 meeting.

Selectman Aaron Hutchins expressed concern regarding the belly dancing, which he said was based on a website that the board was asked to visit prior to the meeting.

“My concern is that if you want to do this, you certainly have the right, I just would appreciate, as a parent, tighter restrictions in terms of when this is going to go on,” Hutchins said. He requested that the dancing show times be at later hours, when children were less likely to be in the restaurant.

Selectman Jeff Amberson did not see an issue with the belly dancing.

“It's really going to come down to what a parent thinks is appropriate for their child,” Amberson said.

“I have no objections to belly dancing, to arts, to cultural entertainment; I’m a huge fan,” he said. ?Hutchins emphasized that his concern was with the costumes that the dancers wore in the video on the website.

Following the discussion, the board approved the amended license with the provision that there must be postings at the entrance of the establishment with specified times as to when the belly dancing will commence. In addition, the restaurant must also post the specified times on its website.