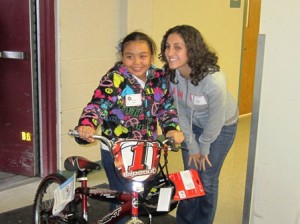 Westborough – For hundreds of local kids, the Big Brothers Big Sisters (BBBS) Central Mass./Metrowest program's Annual Christmas party is a highlight of the year. Everyone gets a present plus music, crafts, pizza and a visit from Santa Claus. ?And some lucky kids win a brand-new bicycle in a raffle.

But as exciting as that all is, there's one thing the program provides year-round that the kids really need more than material items – adult mentorship. And that bond between the “Bigs” and their “Littles” was evident throughout the recent party held Dec. 8 at the Westborough High School.

As they have done in years past, employees from the University of Mass. Medical 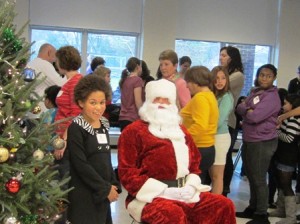 School donated items that the kids could pick out to give as gifts. Each child also received a hat and a pair of mittens or gloves, courtesy of the Gwyn-Williams family of New Jersey.

Erin Harper, the organization's director of marketing and development, noted that the family had made a similar donation for the past several years. Their son, Kyle, was a Big brother for four years while a student at the College of the Holy Cross, she said, and was still active in a BBBS alumni association.

For the past 25 years, employees at local FedEx facilities in central Mass. have donated a large number of new bikes to BBBS. 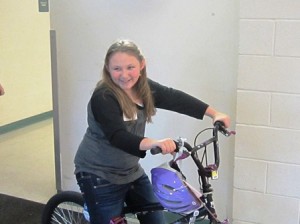 “It's an incredible gift,” Harper said. “To see the looks on the kids” faces when they realize they won a bike is awesome. But what's also awesome is that sometimes a kid will go to the microphone and say for whatever reason, that they are turning down the bike and that they want someone else to win instead.”

This year the FedEx employees had also purchased bikes to donate to a Long Island, N.Y. BBBS organization as well, Harper she added.

Westborough resident Rich Schwarz is currently a Big to his second Little, Elijah.

“We hang out and go to diners a lot. This fall we went to 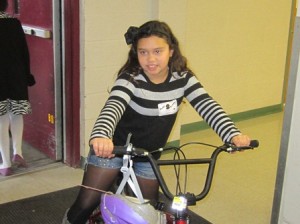 the corn maze [at the Davis Farmland in Sterling],” he said. “And thanks to Big Brothers Big Sisters we got to also go to a Celtics game and sit in a suite.”

Like every other non-profit, these are challenging times for the organization. There are still so many kids looking for a Big. But the annual party was a chance, Garry Weiner, the president of the board of directors said, to let the kids just have some fun.

“Even kids who don's yet have a match are invited to this party,” he said. “It's so nice to see all of them and see their excitement, especially when they pick out gifts for their parents. It's just a great day.” 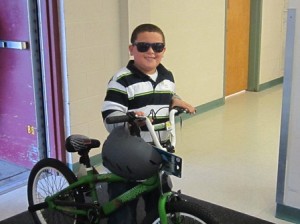 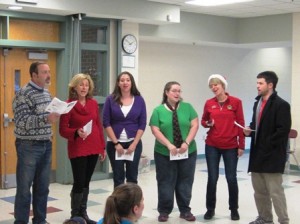 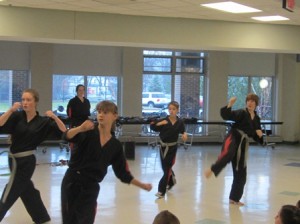 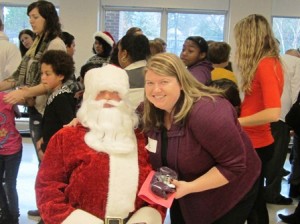 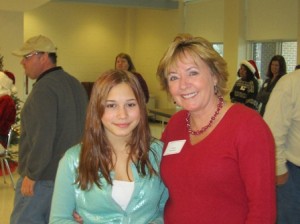