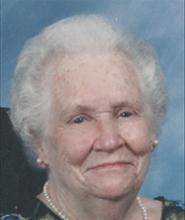 She is survived by her four sons, William Waple of Saugus, Robert Waple of Marlborough, Edward Waple of WA, and James Waple of Sturbridge; one daughter, Linda Waple of Shrewsbury; seven grandchildren; three great-grandchildren; and several nieces and nephews. Catherine was predeceased by her son, Bert Waple; one brother; and four sisters.

She was born in Boston, and was the daughter of the late Timothy and Grace (Benford) O”Leary. She was a member of St. Rose of Lima and American Legion Post #234 Women's Auxiliary.

Kay's funeral Mass was held Dec. 24 in St. Rose of Lima Church of Northborough, with burial in Mt. View Cemetery of Shrewsbury.