Region – When a baby is born prematurely, parents often experience a host of emotions including anxiety, fear and depression. While they of course want to be by their little one's side, that is not always possible, especially when the hospitalization is, as is often in cases of preemies, quite lengthy. But now parents whose babies are patients in the UMass Memorial Medical Center's ?Neonatal Intensive Care Unit (NICU) in Worcester ?have another way to stay in touch when they can's be there in person? ?a special web camera that allows them to see their child via real-time video.

According to Dr. Alan Picarillo, an assistant professor of pediatrics at UMass Memorial, there are on average 49 babies at any given time in the NICU, with the average stay just over three weeks. ?But because of the expense – $1,200 each – there are only six cameras.? So the cameras are placed on IV poles so they can be rolled around the unit so they can be shared. 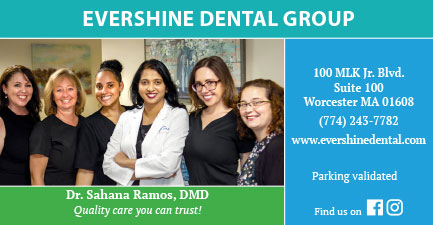 Ideally, Picarillo said, there will someday be a camera permanently located at each incubator so every family could partake of the service dubbed NICview.”

That's where local Rotary clubs have stepped in. Led by the Rotary Club of Worcester, clubs from Shrewsbury, Southbridge, Uxbridge, Westborough, Marlborough, Montachusett, Sturbridge and Wachusett have come together to raise monies for additional cameras.

Roy Balfour, who is a member of the Shrewsbury Rotary Club as well as a District 7910 assistant governor, is helping to facilitate the Rotary's involvement in the project.

The Rotarians “overwhelmingly” agreed to support the project when they first heard about it, he said.

“As Rotarians viewed it, it's time to step up now to help our neighbors to 24/7 monitor their critical care newborns. To wait would only mean there will be a family that will lose this once-in-a-lifetime valuable bonding period with their child,” Balfour explained.? “The impact affects families all over central Mass. served by the 49 unit UMass Memorial NICU.”

Rotarians have raised funds to purchase 14 cameras thus far and are hoping to be able to purchase an additional 23.

Picarillo said he is thrilled with the efforts of the Rotarians.

“They really just came out of the blue with an offer to help,” he said. “They have been tremendous.”

Families are also enthusiastic about using the cameras, he noted.

“We thought it would be a fad and die out, but it's been just the opposite,” he said. “The response has been incredible.”

Sometimes the mother goes back to work so she can save her maternity time for when the baby comes home, Picarillo said. Utilizing the NICview system allows her to check in on the baby from her work. Some families have logged in through their home gaming systems so the baby can be viewed on a television screen while they dine or go about their nighttime rituals.

“We'se had people log onto the system from 70 different Mass. towns, 39 states, 10 or 11 different countries and every continent except Australia,” he said. ?”We'se had military personnel log from Afghanistan and a U.S. Naval ship in the Persian Gulf.”

“Of course the parents want to be with their babies 24/7,” he added. ?”This helps to cushion the blow of them leaving a bit.”

There is no charge for this service, he said.

“We emphasize family-centered care here,” he said. “We see this as a natural extension of that. It's another way of allowing families to be involved in their baby's care at every step.”

“Rotary is a long way from finishing the job and looking to involve other Central Mass.? Rotary clubs, individual donors and businesses to source the remaining 23 cameras,” he added.

For more information or to donate to the project, contact Balfour at [email protected]. 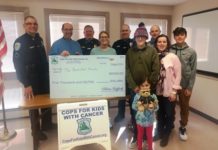