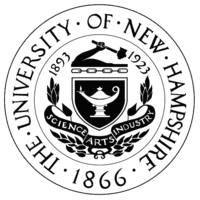 Region – The following students have been named to the dean's list at the University of New Hampshire (UNH) for the fall semester of the 2012-2013 academic year:

Students named to the dean's list at UNH have earned recognition through their superior scholastic performance. Highest Honors are awarded to students who earn a semester GPA of 3.85 or better out of a possible 4.0. Students with a 3.65 to 3.84 average are awarded High Honors and students whose grade point average is 3.5 through 3.64 are awarded Honors.