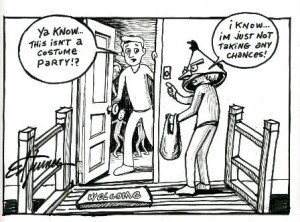 Westborough – Although Westborough's chemical health policy has been in place for several years, some School Committee members spoke out against it at a recent meeting. Their opposition centered around the fact that their children could be punished merely by being present where drugs or alcohol were being used. Although no one can deny the dangers of teenage substance abuse, the committee members said that some parents don’t believe students should be guilty by association if they are not involved in the illegal behavior.