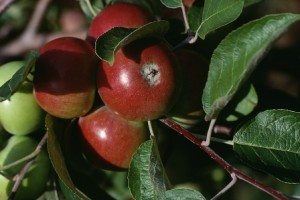 Northborough – Last year two of the beloved traditions of Northborough's Applefest celebration – the parade and the Saturday night fireworks – were cancelled. The parade was cancelled outright due to the downtown road renovations. The fireworks fell victim to a scourge of West Nile Virus carrying mosquitoes that plagued the region. But this year, organizers are happy to announce, both traditions are once again scheduled to return.

The parade will start Saturday, Sept. 21 at 12 p.m. at the Lincoln Street School, 76 Lincoln St., and will head down West Main Street where it will end in front of the Northborough Historical Society, 50 Main St.

Applefest chair Michelle Gillespie noted that there will be about 25-30 entries.

“It will feature marching bands from Algonquin Regional High School [ARHS] and the Robert E. Melican Middle School. We will also have floats from local businesses, the Grand Marshal Patricia Cluff and some classic cars, among other things,” she said.

There will be plenty of places for people to park, she noted, including at the nearby Marion E. Zeh School, Town Hall, library and Northboro Shopping Center.

The Applefest Committee has also make arrangements for two trolley cars to shuttle people from the downtown area to ARHS that day and evening. That way, Gillespie said, they will be able to partake of the festivities in the downtown area and enjoy the activities at ARHS, including the Street Fair during the day and the barbecue, concert and fireworks later that night.

“The trolley cars are similar to the “duck boats” that you see in Boston,” she added “St. Mary's Credit Union has made a generous donation so we could rent these. We couldn's have done that without them.”

There will be no charge to ride on the cars, which will run on a continuous cycle from 10 a.m. to 10 p.m. One of the cars will also be handicapped accessible. (As the date approaches, check www.northboroughapplefest.com and communityadvocate.com for specific pickup and drop-off locations.)

The fireworks will be the highlight of the Saturday night festivities. But before that, the evening's activities will start at 5 p.m. with a family barbecue hosted by the Knights of Columbus and Northboro Babe Ruth League. Other attractions include moonwalks sponsored by the Algonquin Scholarship Committee, a robotics demonstration by the Algonquin Robotics team, pony rides, and games. All events will have a minimal charge.

Popular local band 3rd Man Factor (3MF) will also be performing a concert. The band's sound has been described as a mix of the Allman Brothers Band and the Grateful Dead.

After a five-year hiatus, a fireworks show will once again be held. The show will start at approximately 8:30 p.m. and is provided by New Hampshire-based company, Atlas Fireworks.

“Tommy Lowe of Lowe's Variety and Meat Shop made a generous donation so we can have these,” Gillespie said. “We also raised money at different events throughout the year.”

The committee will also be asking for a suggested donation of $10 per car that night, she added, to help pay for associated expenses.

There has been a bit of concern about the threat of mosquitoes this year, she noted.

“But we are hoping everyone will just take the proper precautions to be safe,” she added. “We'se actually included a Department of Public Health advisory in our official guide book [page 36] with some tips.”

“It's going to be such a great weekend,” she added. “We just really hope as many people will come out as possible to support all of these great businesses and organizations and take pride in our community. “