Marlborough – Theater performers are commonly considered gypsies because they'sl travel nearly anywhere for a stage and an audience. For the first time, Moonstruck Theater Company will take the stage in Framingham at the Amazing Things Arts Center (ATAC) to present the musical “Little Shop of Horrors” for seven shows: Fridays and Saturdays, Oct. 18, 19, 25 and 26, at 8 p.m.; and matinees Sundays, Oct. 20 and 27, and Saturday, Oct. 26, at 2 p.m.

Moonstruck was founded in 2006 by Marlborough resident Caroline Fonseca at age 18. That year, the theater company presented the first of seven annual summertime productions at Worcester Academy, where Fonseca graduated in 2005. When she heard the school's auditorium was being gutted this past summer, they found refuge at West Boylston Middle/High School to stage “Cabaret.” To raise funds for that show, cast members showcased their musical talent in “One Night Only” at Harvest Café in Hudson. 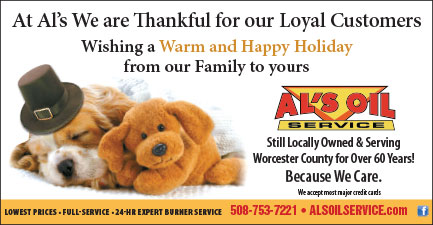 “My entire college career revolved around planning Moonstruck,” said Fonseca, who earned a bachelor's degree in theater and film arts at Smith College, and a master's degree in film at the University of Edinburgh. “Every year we tried to do shows that we knew we could do well, and it got very progressively bigger. We started by doing one-act plays; now we'se doing two Broadway musicals a year.”

While seeking a performance space this past summer, Fonseca was told ATAC was unavailable, but the Framingham facility could accommodate Moonstruck in the fall.

“There's been an interesting shift,” Fonseca said of Moonstruck, which was originally Worcester-based. “There was a point when we were all college kids living with our parents in central Massachusetts. Now, those same people are moving into the greater Boston area to develop professional careers.”

Fonseca is directing “Little Shop of Horrors,” which is a spoof of a B-movie. She feels her cast is perfectly compatible for the show.

“Everyone gets the over-the-top humor,” she said. “In the show, this giant Venus flytrap starts talking to these characters. They don's run and scream; they have a conversation with it. Everyone is willing to go that far – and keep a straight face while doing it.”

That odd plant is brought to a florist shop owned by Mr. Mushnik, played by Jonathan McCauley of Marlborough.

“Jonathan is very mild-mannered and Mushnik is really greedy,” Fonseca noted. “Also, Jonathan is a trained opera singer with a powerful voice. It's so funny watching Jonathan as Mushnik hamming it up in his song.”

The story is narrated by a trio of singers and dancers: Shannon Hinkley of Marlborough as Crystal; Alycia Noeth of Shrewsbury as Ronnette; and Stacy Kadesch of Lowell as Chiffon.

“The three of them are great at the tight harmonies and exceptional dancers,” Fonseca said.

“They'se the only characters who understand what's happening. They all know how to play sly without it being too much.”

In this production, 12 performers portray about 50 characters. Among those playing multiple personas is Nick McKinnon of Marlborough.

“Playing so many characters, you get to see all these different, big switches Nick is making in personality,” Fonseca said.

Fonseca is excited to produce this show as a fall production.

“We'se setting it in 1961, so it's fun visually with the costumes and hair,” she said. “We'se doing it around Halloween, so I knew this was exactly the show I had to do.”