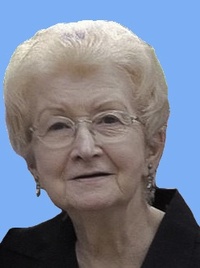 Westborough – Dorothy A. “Dotty” Erickson, 82, passed away Friday, Nov. 8, 2013 at the UMass Memorial Healthcare-University Hospital, Worcester, after a brief illness.

Born in Hartford, Conn., she was the daughter of the late Charles and Gladys (Carter) Hackett. She was educated in Westborough schools and was a 1949 graduate of Westborough High School.

Dorothy was employed as a Customer Service Representative at Worcester County National Bank and then Shawmut Bank prior to her retirement. She was an active member of the First United Methodist Church, and enjoyed playing bingo, gardening and was an avid reader.

In lieu of flowers, donations in her memory may be made to the First United Methodist Church Memorial Fund, 120 West Main St., Westborough, MA 01581 or to the Jimmy Fund at www.jimmyfund.org.