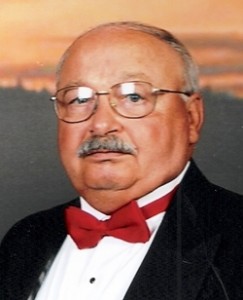 Bob was born in Worcester, the third child of the late Marco and Ida (Longone) Consiglio. He grew up in Worcester, before moving to Shrewsbury in 1959, where he would reside for the next 54 years. He graduated from Shrewsbury High School in 1962.

He joined the United States Air Force, and was stationed in San Antonio, Texas. He was later sent overseas to be stationed at Soesteburg, Holland, where he met his wife, Thea. Together, they returned to the United States and got married in 1966 at Our Lady of Mount Carmel Church in Worcester.

He later graduated from Worcester Junior College and pursued a career in the high tech field, working for companies, such as New England Instrument in Natick, Data General in Westborough, and Stratus Computers in Marlborough. Upon his retirement, he worked for several years at the security desk at The Worcester Glass Tower.

Bob was an enthusiastic sports fan and was known for his sports conversations. He loved his trip to Aruba and spending time with his grand-dog Serafina. He was a member of the East Side Improvement Club and the Italian American Veterans Post 3.

He is survived by his loving wife, Thea (Van Holten) Consiglio; their daughter, Michele M. Consiglio of Warwick, R.I.; his nephew, Mark Consiglio of Pembroke; his aunt, Clara E. Longone of Worcester; his aunt, Harriet Consiglio of South Dennis; his sisters-in-law, Jannie Looischelder and Annie Van Holten, both of Nijmegen, Holland; and many other cousins, nieces and nephews, here and in Holland. He was predeceased by a brother, Marco J. Consiglio, and by a sister, Rosemarie Bailey.

Calling hours for Bob will be held Wednesday, Nov. 20, from 4 – 7 p.m., in Mercadante Funeral Home & Chapel, 370 Plantation St., Worcester. His funeral will be held Thursday, Nov. 21 from the funeral home, with a Mass at 10 a.m. in Saint Anne's Church, 120 Boston Tpke. (Route 9), Shrewsbury. Interment will follow in Saint John's Cemetery in Worcester.

In lieu of flowers, donations in his memory may be made to the Wounded Warrior Project by visiting www.woundedwarriorproject.org.

For directions or to leave a condolence online, please visit www.mercadantefuneral.com.