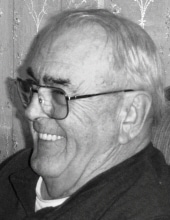 Berlin/Northborough – Lawrence “Larry” M. LeBlanc of Berlin, formerly of Northborough and Claremont, Fla., died Monday, Dec. 2, 2013 in Marlborough Hospital from a stroke and associated complications. He was 79.

He was born and raised in Waltham, son of the late William and Sabine (Chiasson) LeBlanc.

He leaves behind his devoted wife of 44 years, Shirley A. (Aucoin) LeBlanc; three loving children, William “PJ” LeBlanc of Hudson, Michael LeBlanc of Shrewsbury, and Sheryl Brower of Lancaster; five grandchildren; and four great-grandchildren. He was predeceased by two children, Diane LeBlanc and Russell LeBlanc.

Larry owned and operated R&L Tool & Die Welding in Northborough from 1967 – 1992. He played in a country and western band, Country Playboys, in the 1960s and 1970s. An avid musician, he played many string instruments.

A memorial service will be held Saturday, Dec. 7, at 11:00 a.m., in Church of the Nativity, 45 Howard St., Northborough. Hays Funeral Home of Northborough is assisting the LeBlanc family with arrangements.

Memorial donations may be made to St. Jude Children's Research Hospital at www.stjude.org.