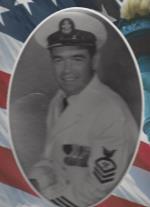 Hudson ? Donald Alvah Chase, 81, a resident of Hudson, died Friday, Dec. 6, 2013 at UMass Memorial Hospital after a long illness. He was the beloved husband of Rita E. (Coady) Chase of Hudson.

Born March 30, 1932 in Woodsville, N.H., he was raised in Marlborough and joined the U.S. navy directly after high school in 9151. He was a Korean and Vietnam wars veterans, retiring honorably as a chief petty officer in 1973. He was awarded the National Defense Service Medal, Korean Service Medal, China Service medal, United Nations Service Medal, and Good Conduct Medal.

After retiring from the Navy, he taught welding at Minuteman Vocational Technical School in Lexington.

Donald was an avid sportsman, and enjoyed spending time with his grandchildren, Dan, Jeremy, Amy, Samantha, and Alex, and his great-grandchildren.

He is survived by three sons, John Chase of Brookfield, Michael Chase of New Hampshire, and Randall Chase and his wife Susan Barba of Upton. He was predeceased by his son, Richard Chase. He is also survived his step-daughters, Beverly (Buteau) Hanson and her husband Rene, Charlene (Buteau) Bates and her husband Gary, and Mary (Buteau) Baldelli and her partner Greg Smith. In addition, he is survived by his siblings, Nancy Libby and husband Chris of Marlborough, Judy Demers of Marlborough, Cindy Crandall and her husband Gary of Worcester, Alvah Chase and his wife Janet of Marlborough, and Robin Chase of Florida. He was predeceased by his mother, Doris; his father, Harry; his sisters, Marjorie and Marilee; and his brothers, Robert and Harry.

A funeral service and celebration of Donald's life will be held Wednesday, Dec. 11, at 11:00 a.m., in the Tighe-Hamilton Funeral Home, 50 Central St., Hudson, followed by a burial service at Forestvale Cemetery in Hudson. Family and friends may attend calling hours Tuesday, Dec. 10, from 5 – 7 p.m., at the funeral home.