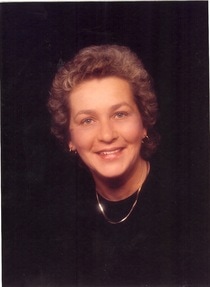 Born in Mexico, Maine, she was the daughter of the late Harold and Ruby (Harris) Errington. She was educated in Westborough schools and was a 1952 graduate of Westborough High School. She had been a resident of Belchertown for 25 years previously living in Westborough for many years.

Maxine was employed as a bookkeeper for James River Graphics in Chicopee and in later years for the VNA in Holyoke prior to her retirement. She was a former member of the First United Methodist Church in Westborough, and enjoyed reading and needlework.

She is survived by her two children, Deborah J. Glasier and her husband, James, of Raleigh, N.C. and Jeffrey W. Gillis and his significant other, Jessica Wood, of Leicester; one brother, Robert Errington of Arizona; eight grandchildren, Emily Murillo, Brandon Glasier, Jessica Mackie, Laura Davini, Bess Corey, Justin Glasier, John Gillis, and Stephanie Gillis; and six great-grandchildren. She was predeceased by eight brothers and sisters.

Her funeral service will be held Tuesday, Dec. 31, at 10 a.m., in the Britton-Summers Funeral Home, 4 Church St., Westborough. A calling hour will precede the service from 9 – 10 a.m.