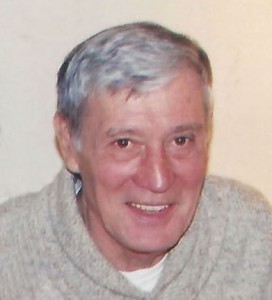 Frank was born in Brooklyn, N.Y., son of the late Frank C. and Eva (Dempsey) Patchell. He graduated from high school and subsequently served our country in the United States Marine Corps for four years, including service in China. After his military service, he graduated from Boston College with a degree in Finance and later received a MBA from Clark University.

Frank started a 40-year banking career with Worcester County National Bank in Worcester, where he held the position of Vice President of Lending for several years. He later served as Vice President for Merchants Savings Bank in Manchester, N.H. and subsequently with Ford Motor Credit.

He was a faithful member and extraordinary minister at Saint Anne's Parish in Shrewsbury, and was a member of Ray Stone American Legion Post.

Frank enjoyed sports and was actively involved with Shrewsbury Little League and Shrewsbury Youth Hockey, and spent many years as a Scout Master. When he retired, he organized the first Senior Softball League in Shrewsbury, played on a traveling senior basketball team that participated in the Senior Olympics Games, and also played senior hockey with the Rusty Blades in Worcester.

Relatives and friends are invited to visit with Mr. Patchell's family Sunday, Jan. 5, from 3 – 5 p.m., in the Britton-Shrewsbury Funeral Home, 648 Main St., Shrewsbury. A funeral Mass will be celebrated Monday, Jan. 6, at 10 a.m., at Saint Anne's Church, 130 Boston Tpke., Shrewsbury. Burial with military honors will follow in Mountain View Cemetery of Shrewsbury.