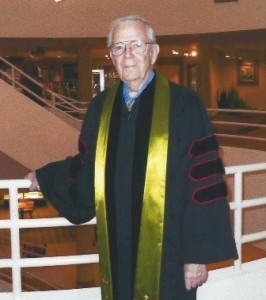 Shrewsbury – Jim Peden died Saturday, Jan. 25, 2014. He passed on peacefully in his sleep, surrounded by his family, after a long struggle with cancer. Jim was born in Elizabeth, N.J. to Robert and Bernice Peden. His brothers, William and wife Evelyn of Trappe, Penn. and Robert and his wife Marcella of South Burlington, Vt., survive him.

He is survived by his daughter, Kerry Cassone and her husband, Dominick, of Northborough, as well as his son, Keith Peden, and his wife, Patti Spear, of Jericho Center, Vt. He leaves four grandchildren, Sarah Nieman-Albrycht and her partner, Barbara Nieman, of Saratoga Springs, N.Y., Benjamin Leopold and his wife, Shana, of Farmington, Conn., Ryan Peden-Spear of Jericho Center, Vt., and Ceilidh Peden-Spear, also of Jericho Center, Vt. In addition, he leaves two great-grandchildren, Madelyne Albrycht, and Eva Leopold, as well as several nephews and nieces. He enjoyed and valued many close friendships over the years while living in Vermont, Texas and at Southgate.

Directly after high school in 1946, Jim joined the United States Marine Corps and served both after WWII and during the Korean War. He was very proud of his military service in the Marine Corps. He was discharged in 1953 and entered Syracuse University, where he received his BA and MA degrees.

He began teaching in Shrewsbury at the now defunct Ward School. After teaching science and especially physics for several years, Jim was called to the United Methodist ministry, where he served churches in East Douglas, Natick, Malden, and Arlington Heights before becoming a chaplain and professor at Champlain College in Burlington, Vt., where he taught for almost 20 years. He also served on several Colchester town committees while in Vermont.

He received his Master of Divinity Degree in 1967 from Boston University and his Doctor of Divinity degree from Louisville Presbyterian Seminary in 1986. He was ordained an Elder in the United Methodist church in 1967. While in Vermont, he served as interim pastor in a number of churches, a position he very much enjoyed.

He married Dorothy Wellwood in 1950 and later married Elisabeth (Betsy) Bishop in 1976. He resided in Vermont while at Champlain College and later in 1995 moved to Tierra Linda Ranch outside Kerrville, Texas, where he and Betsy lived for almost 15 years.

After Betsy died following a long illness, Jim moved to Shrewsbury. His real joy in his later years was woodworking and he made many toys, as well as furniture for himself and others. Some of his works are still on display at Southgate at Shrewsbury, where he lived for four years. While at Southgate, Jim served as the secretary, treasurer and president of the Resident's Council. He also served as a leader of the Protestant Chapel services. He always expressed how much he enjoyed living at Southgate and how welcome he felt there.

Jim always seemed to have a smile and a friendly wave to all, as well as having a good sense of humor. He loved a good joke and was always willing to lend a hand when and where he could to anyone he thought might need help, a kind word or a smile.

Jim requested that he be cremated and no calling hours be held. A memorial service was held Feb. 1 at Southgate at Shrewsbury.

Donations may be made in his memory to the Adam Bullen Memorial Foundation, 24 Charlton St., Oxford, MA 01540, which is so committed to providing emotional and financial support to children and adults with cancer.