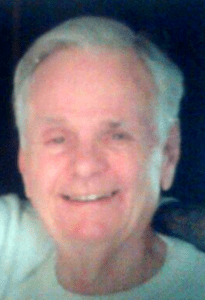 Marlborough – John T. “Jack” Achilles Jr., 80, of Marlborough, died peacefully at home with his family by his side Monday, Jan. 27, 2014 after a brief illness. He was the husband of Gay J. (Bader) Achilles for the past 60 years.

He was born in Boston, raised in Dorchester and Roslindale, the son of the late John T. “Jack” Achilles Sr. and Bessie B. (Smith) Achilles, and was a graduate of Boston Tech High School Class of 1951. Following graduation, Jack enlisted in the United States Navy, where he proudly served his country during the Korean War from 1952-1956.

After an honorable discharge from the Navy, Jack received an Engineering Degree from Northeastern University in Boston. He was an engineer for Honeywell Corporation for 19 years and both Raytheon in Sudbury and Digital Equipment Corporation in Maynard for many years. At the age of 52, Jack sought a new career and became an EMT and EMT Instructor for American Medical Response formerly Chaulk Ambulance.

He was a member of the Seventh Day Adventist Church in Hudson, where he was head elder. He enjoyed fishing, hunting and archery and was a longtime member of the Marlboro Fish & Game, but Jack's greatest passion other than his family was U.S. history. He was a member of the 64th Infantry Regiment based in New York, and participated in numerous war reenactments throughout the US and Canada.

He was a generous, caring, social and personable gentleman, known for his great “bear hugs” and known to so many as “smiling Jack.” His grandchildren, as well as many other children, remember how he enjoyed visiting elementary classrooms giving talks and demonstrations on the Revolutionary War.

A funeral service was held Friday, Jan. 31 in the Fitzgerald & Collins Funeral Home of Marlborough. Burial with military honors followed in Evergreen Cemetery of Marlborough. A celebration of life will be held Saturday, Feb. 22, at 2 p.m., in the Seventh Day Adventist Church, 94 Marlborough St., Hudson.