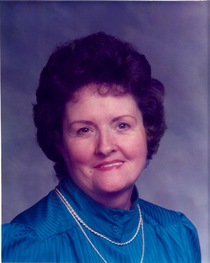 Westborough – Mildred J. Burke, 87, of Westborough, passed away Friday, Feb. 7, 2014 at the Kindred Transitional Care and Rehabilitation. She was the wife of Kenneth A. Burke.

Born in Worcester, she was the daughter of the late Ralph and Lena (Taylor) Hoyle. She was raised and educated in Westborough and was a graduate of Westborough High School.

Mildred worked for many years as a group leader for Telechrom Clock Company in Ashland. In later years, she was the bookkeeper for her husband's business, Burke's Transmission.

In addition to her husband, she is survived by her daughter, Judith A. Grey and her husband Denny of Grafton; two sisters, her twin, Marjorie Brooks of Grafton, and Ruth Pennoch of Seattle, Wash.; and two grandchildren, William Scott Grey and Jill Grey. She was the sister of the late Mabel Libbey and Dorothy Merrill.

Services and burial in Pine Grove Cemetery will be held at a later date. Arrangements are by Rand-Harper-Pickering Westborough Funeral Home.

Donations in her memory may be made to the Alzheimer's Association, 480 Pleasant St., Watertown, MA 02472.