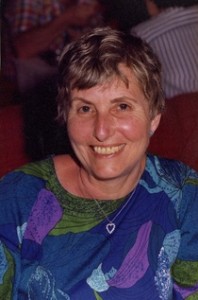 Westborough – Dorothea E. MacLeod, 97, of Westborough, passed away peacefully Friday, Feb. 21, 2014 at home. She was the wife of the late Douglas G. MacLeod.

Born in Chelsea, she was the daughter of the late William and Emilie (Maier) Eburne. She was educated in Chelsea schools and graduated from Laselle College, majoring in music. She also attended Wagner College.

Dot was employed as a travel agent with Horizons Unlimited in Marlborough prior to her retirement.

She was a founding and active member of Good Shepherd Lutheran Church in Westborough. She was a former volunteer at the Westborough Food Pantry and enjoyed traveling.

In lieu of flowers, donations in her memory may be made to Good Shepherd Lutheran Church or the Westborough Food Pantry, PO Box 502, Westborough, MA 01581.